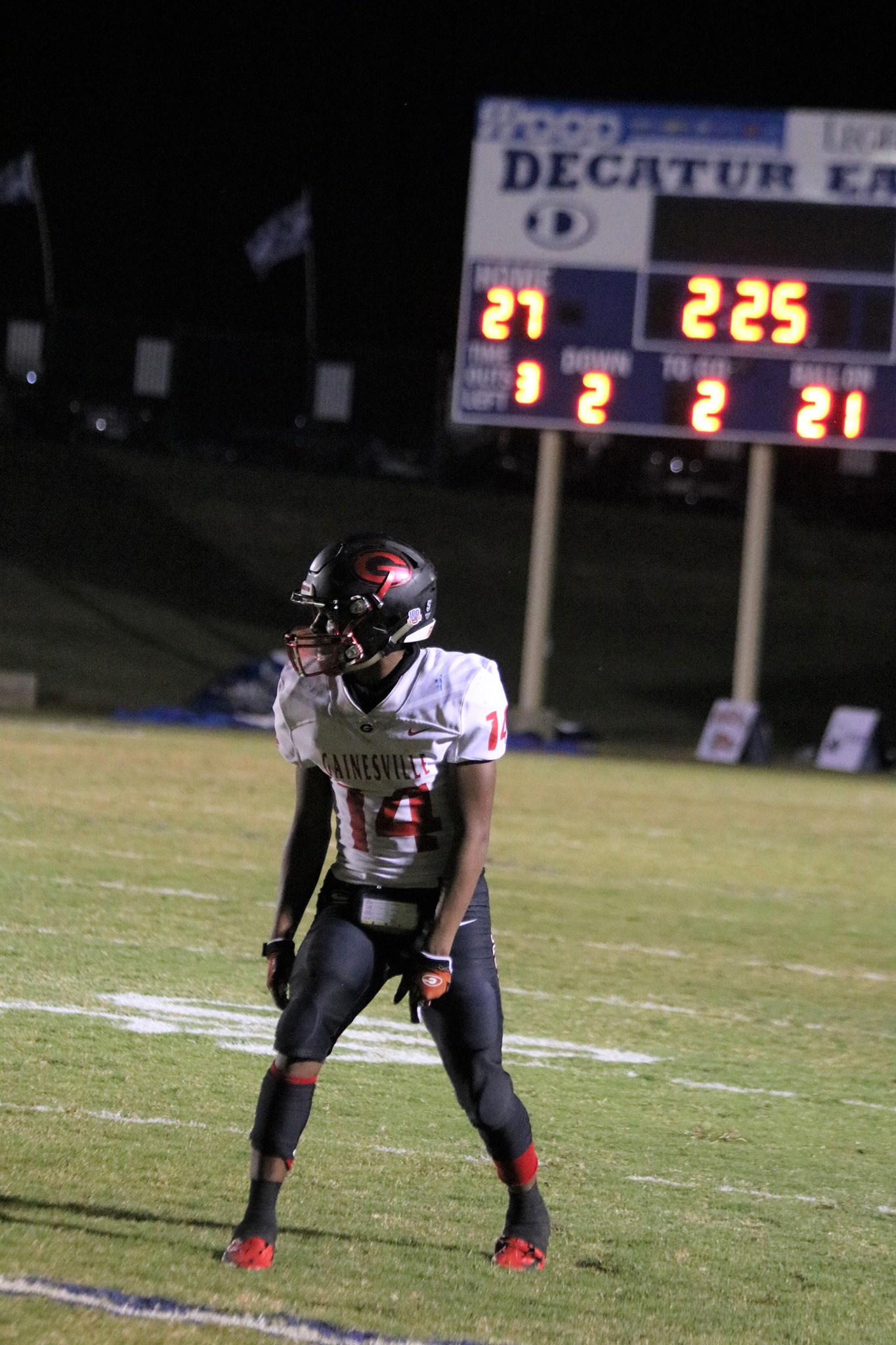 In all facets of the game Gainesville found their groove against Burk on Friday at Leopard Stadium. The first district win was a big one of 49-29. The Leopards had over 500 total yards of offense with everyone pitching in. Ivercyn Sanders carried the ball 14 times for 238 yards and also caught a pass for 44! Sanders, Tony Ochoa, and Jayce Morgan all had one rushing touchdown on the night, while Paul Lawson rushed for two! Lawson threw for two touchdowns and 125 yards as well. Robyn Hardin had three catches on the night and two of them went for touchdowns. It was a great night for the Leopards and they look to keep it rolling next week.

The Leopard defense was stingy all night holding the Bulldogs rushing attack to just 98 yards. Cj Feagins and D’Marion Haley led the defense with 6 tackles a piece. Cason Evans had two interceptions on the night in big situations for the Leopards. Dwayne Wilson, JD Harrison, and Jayce Morgan all recorded a sack as the Leopard pass rush gave Burkburnett fits all night long. Gainesville looks to keep the momentum going next week against Wichita Falls Hirschi.

The special teams units for the Leopards contributed to the 20 point win for the Leopards in various ways. The PAT unit and kick off return unit were the standouts on the night. Kicker Michael Fernandez added a perfect 7 for 7 on extra points. Gainesville’s KOR fielded multiple onsides, and added multiple returns including Ivercyn Sanders’ highlight return for 59 yards.

8A / 8B Football at Aubrey Middle School