Izaiah Baker signed a letter of intent to play football for Northwestern Oklahoma State University while continuing his education. Izaiah has been a standout Leopard, receiving first team All-District his sophomore, junior, and senior year. As a senior, he was also named first team All-State in the Padilla Coaches Poll. Izaiah is the son of Leslie and Obie Baker. Izaiah is joining his brother Calion, a 2018 GHS graduate, who is also playing football at Northwestern. Congratulations to the Baker family! 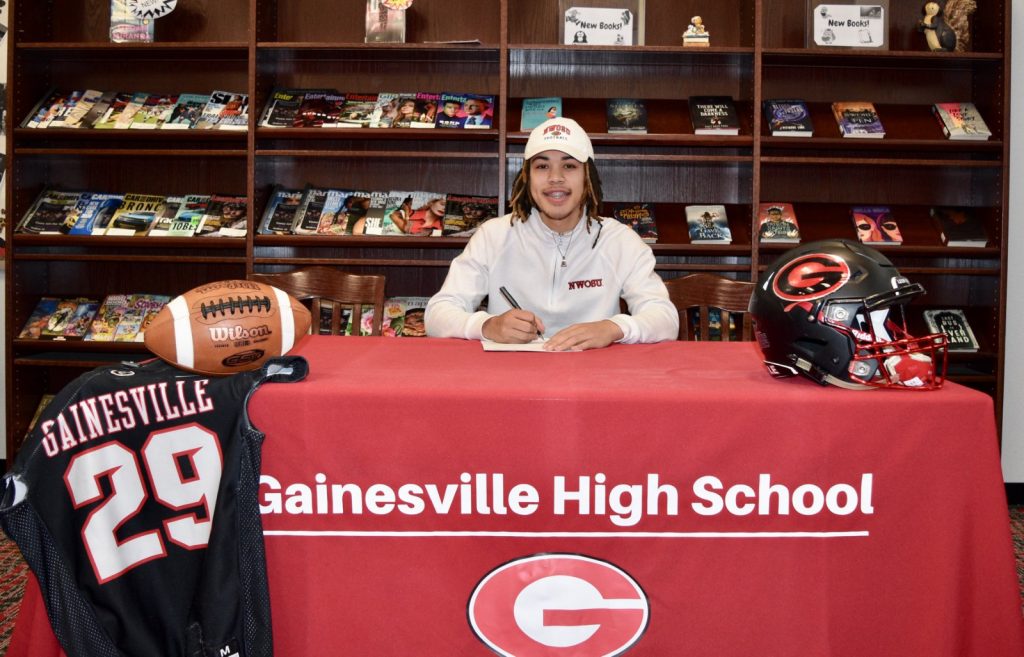